What are the best months to travel to Madagascar in regards to the weather ?
* Madagascar is a large island located in the tropics, so the "tropical climate" varies across the island.

* It is rainy along the east coast, arid in the south-west and temperate in the mountains. In the inland areas the mountain ranges influence the climate, with rainfall depending upon the exposure to prevailing winds.

* Being in the Southern Hemisphere, the country has reversed seasons compared with Europe or North America. Overall seasonality is about "wet or dry", rather than "summer or winter".

* The whole country has a rainy season from November to March, though this is very weak in the southwest and that area is extremely arid.

* In most of the country there is a dry season from April to October, though in the far north this is from May to September.

* On the east coast it can rain all year round.

* Being a tropical climate, the rains usually occur in the form of afternoon thunderstorms, so it can be very sunny even in the wettest months during the mornings.

* Remember that much of Madagascar has very poor dirt/gravel road system and that during the wetter months many roads become unusable. Further many rivers flood and bridges/vehicular barges may not be operational during that period.
Special Events...... 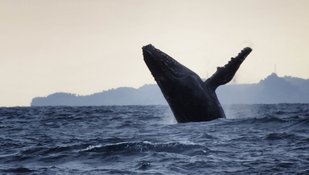 Whale watching ..... from June to September it is estimated that 7,000 humpback whales migrate along the East coast into the waters around Madagascar and north to the Comoros. Prime areas are Sainte Marie Island (Nosy Boraha) and the Sainte Marie Channel. Whale watching trips are also operated further north in Maroantsetra, and in the North West around Nosy Be. 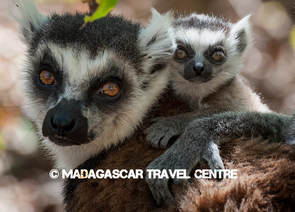 Lemur births ..... though these can occur at different times during the year we recommend visiting in August or September, then the Ring-Tailed lemurs are usually carrying their newborn. We can build an itinerary that encompasses the premiere locations for this wonderful experience.